Home What does the taxability of PF interest and new Wage Code mean to you?

What does the taxability of PF interest and new Wage Code mean to you?

Total
0
Shares
Share 0
Tweet 0
Pin it 0
What does the taxability of PF interest and new Wage Code mean to you? February 5, 2021

Union Budget 2021 has detracted some of the tax-free provisions adding burden to the taxpayers. One such move is the addition of the interest earned beyond Rs.2.5 lakh per financial year on PF contributions to the taxable income.

The interest income added to the taxable income will be taxed at normal rates. Further, this is only applicable to the employee’s share and not the employer’s share.

In the previous year’s budget session, FM Nirmal Sitaraman had announced that the tax exemption on employer’s contribution to Provident Fund, NPS, and superannuation fund was capped at Rs.7.5 lakh. This announcement only impacted the individual taxpayers with a very high salary.

In contrast, the latest amendment on EPF contributions will affect a larger section of taxpayers. This affects the high-income salaried people who invest in the Voluntary Provident Fund to avoid income tax and to earn tax-free interest income.

Responding to this concern, the Finance Ministry officials have stated that the new measure will only impact 1% of the total Provident Fund subscribers.

A similar proposal was made in Budget 2016, where the interest accrued on 60% of EPF balance was suggested to be taxed. However, the massive outcry from the public had stopped the proposal from seeing the daylight.

There are fewer chances of such a massive protest to happen this time around, as the new proposal only impacts the creamy layer of salaried employees. Mathematically, if a person has to get an interest beyond Rs.2.5 lakh on EPF contributions per financial year, he/she must have a basic salary of more than Rs.1.73 lakh per month.

Considering the new Wage Code that is effective from 1 April 2021, the basic salary for individuals must be a minimum of 50% of the total salary. This calls for a restructuring of the salary breakup in the private sector. Automatically, the contributions towards PF and other deductibles becomes higher than usual.

There are possibilities that a higher number of taxpayers be affected by this new salary structure in terms of EPF interest taxability.

Though it is clear that the government is trying to raise more revenue through all possible sources to revive the economy, the common man’s response is to be awaited. 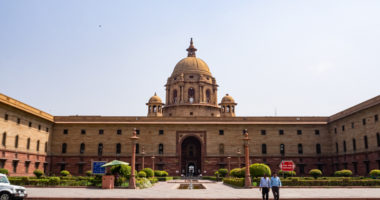