Home This Too Shall Pass: Indian Market’s Volatility Amid Coronavirus Nightmare

This Too Shall Pass: Indian Market’s Volatility Amid Coronavirus Nightmare

As the coronavirus epidemic spreads, the biggest corporations in the world have started painting a grim picture of disrupted supply chains, crippling production, empty warehouses, and fading demand for their wares.

Company ads such as Microsoft, MasterCard, United Airlines, and Apple offer a reading on how the virus affects customer behaviour and company sentiments. Such corporate newsletters— and what the officials do in reaction — will decide how much economic harm the outbreak is causing and whether a recession is looming.

Several firms have expressed hope that policymakers will curb new diseases and that European and North American consumer spending will be relatively unscathed. But if executives see a danger in the first three months of the year, they may start making planned investments and laying off staff. This, in effect, would dampen economic activity even more.

Last week’s stock market plunge, the steepest since the financial crisis, shows investors are bracing for even more bad news.

The downturn in the S&P 500 stock index— a 10% or more fall from a recent record— has been the highest ever. An analyst from Goldman Sachs said that they expected the firms that make up the S&P 500 to show little profit growth this year amid the sell-off collectively. The bank had previously expected rise in earnings by 6%.

Normality isn’t on the horizon yet. Let’s see how the Covid-19 is affecting India

The aviation agency, Centre for Asia Pacific Aviation (CAPA) said the coronavirus pandemic most likely to push numerous airlines around the world towards bankruptcy by May 2020.

CAPA said that bookings are overshadowed by cancellations and every time there is a new government recommendation, it is to deter flying. Demand is desiccating in almost unimaginable ways.

When the aircraft is grounded, cash reserves run down quickly. The flights that are operating are less than half full.

India has cut itself off for both foreign nationals and cardholders of the Overseas Citizen of India (OCI).

Even before the government decided to shut down all kinds of travel from Friday, more than 500 flights to and from India had been cancelled by many international and foreign carriers. With the new restrictions in place, airlines have started to decrease the capacity to and from India.

Over the last several weeks, financial markets across the world have been extremely unpredictable. On Monday, the BSE barometer (30-share) closed at 38,144.02 by 153.27 points or 0.40% lower, and Nifty closed down at 11,132.75 by 69 points or 0.62%. The Sensex fell from highs close to 1300 points. Long-term charts such as weekly or monthly time frames suggest that 11,000-10900 will be a good market support zone, and in the next few sessions, there is a chance of low development around these areas.

Both National Stock Exchange (NSE) and BSE suspended trading after the Nifty and Sensex indices dropped 10% each within minutes of market opening. It’s the first time since 2008 that a sell-off has caused the lower circuit.

Investor capital worth almost Rs, 5 lakh crore, was wiped off – Rs 4 lakh crore within 15 minutes of the launch, according to the data on BSE. Indian stock falls for the sixth time, with the S&P BSE Sensex dropping as much as 3.2% and the NSE Nifty 50 dropping to 3.31%. According to analysts, the Nifty 50’s Relative Strength Index has dropped below 30 into the over-sold sector.

FPI’s withdraw from the Indian market

Foreign portfolio investors (FPIs) have, so far, withdrawn a whopping Rs 37,976 crore from the Indian market in March amid the coronavirus pandemic causing global recession fears.

Given the on-going scenario, foreign investors have fled to safer investment options such as dollar-denominated asset classes and gold versus fixed-income securities from emerging markets such as India.

As coronavirus crosses borders and affects other nations, it could have a more severe effect on the already slowing global economy and international flows into emerging markets such as India.

India’s economic development could take up to a half-percentage-point hit in FY21 due to the disturbances caused by the coronavirus outbreak, early government estimates indicate. But the independent economists see up to 1% point deeper cut.

In the current fiscal year, the economy is expected to rise by 5%, the slowest in 11 years. The Economic Survey predicted a rise of 6% to 6.5% in FY21, but the coronavirus has harmed the prospects for recovery.

Sectors such as trade, hospitality, and tourism will be the first to be hit due to the restrictions imposed by the government on travel and assembly. Automobiles, pharmaceuticals, and consumer durables will also feel the impact of supply controls.

The next sector to be impacted due to the outbreak is banking. The non-performing assets (NPAs) may rise. In case the shutdown on malls and travel continue for more than a month, a zero-revenue situation will arise and affect the ability of banks to service loans.

With the World Health Organisation (WHO) declaring the outbreak of Coronavirus to be a global pandemic, it was inevitable that the worldwide economy would remain unscarred. However, investors, taxpayers, businesses and governments across the globe will be anticipating a slow yet steady recovery of the economy in the coming months. 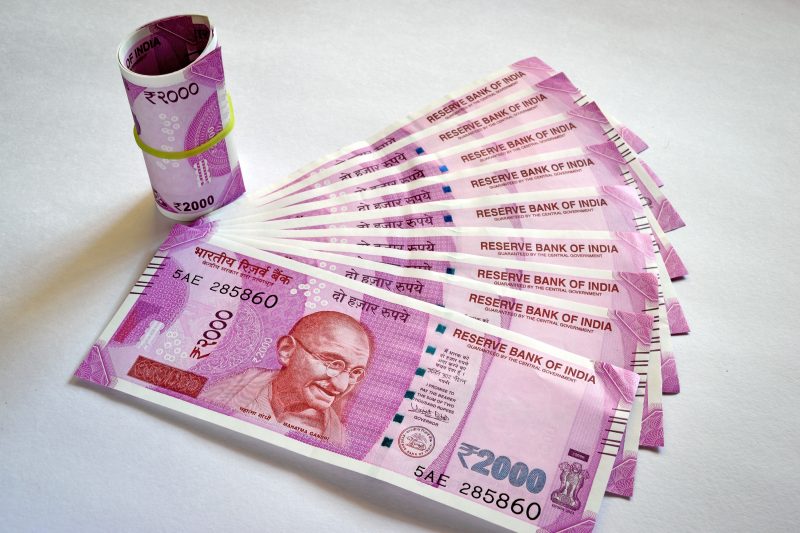