Home Pocket money in India: How the amount has risen over the decades

Pocket money in India: How the amount has risen over the decades

Total
0
Shares
Share 0
Tweet 0
Pin it 0
Pocket money in India: How the amount has risen over the decades January 23, 2020

There were days when parents would carefully press the bus fare into their child’s hand at the start of the day. Now, children receive pocket money at the beginning of the month, and the amount can range between Rs 70 and Rs 1,000 each month. This amount can even hit the roof to a truly indulgent no-limits allowance.

Around the 1960s, children would hardly receive allowances as the idea of handing money to a child was fairly an alien concept. Mr Shamik Dasgupta, born in 1962 (now 57 years old), said, “I belonged to a conservative family, and my father would never give me an allowance when I was a child. Once I was 16 years old, I would get Rs 5 per day to travel. I used to carry my lunch from home.”

The next generation of kids born between 1975 and 1985 received a much higher allowance compared to their parents. When interviewed about pocket money, Mrs Sharmistha Banerjee said, “I used to get just Rs 100 as my monthly allowance. This would include travel cost and lunch at the college cafeteria. We did not have smartphones at the time, so there were no expenses on phones. If I wanted to go to a movie with friends, I would either ask for extra or manage from my monthly pocket money. Most of the times, I had to manage.”

The Associated Chambers of Commerce and Industry of India (ASSOCHAM) conducted a survey on the current pocket money trends in India and found out that school and college children aged 10 to 17 years received Rs 125 as monthly pocket money in 1998 and Rs 500 in 2005. This amount increased to about Rs 1,500 in 2011.

Also Read: What Kind of Saving Instruments Do Women Prefer?

Spending habits of children, nowadays, have drastically changed in this age group – it typically involves buying smartphones, purchasing games, going to movies, eating with friends, and so on.

According to the study, children in New Delhi are the richest in India, with a princely average of Rs 1,800 to spend every month. Kids in Bangalore come second with an average monthly allowance of Rs 1,600 followed by the youth Mumbai who gets to blow up Rs 1,500 per month.

A school student Suhaditya Biswas, 16 years old, said, “I receive Rs 1,500 per month as I generally eat at the cafeteria and travel by myself. I spend a lot on movie tickets and at cafes as well. I end up spending a chunk of my allowance on online games such as Pokemon Go. At the end of every month, I save Rs 250 to Rs 300.”

It is quite clear from the history that exterior look for the Indian youth, especially from cosmopolitan cities, is extremely important and they will go to any lengths to maintain it. Also, the incomes of middle-class families have increased over the years, and this reflects on today’s youth.

The cost of items has risen due to the changing economy. An Orange Stick from Quality Walls Ice Cream used to cost Rs 5, and now, it costs Rs 25. One could afford a movie ticket at Rs 50, which has now increased to a minimum of Rs 150. Hence, a teenager in 2019 will find it extremely difficult to survive with a mere Rs 100 each month as pocket money.

The COVID- 19 pandemic has led to an economic scenario, which has… 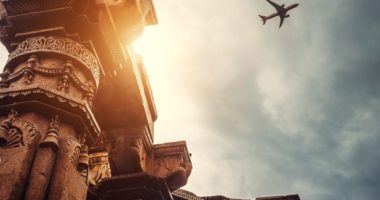