According to statistics, only seven lakh assessees filed their service tax returns or paid service tax out of over 17 lakh registered service tax assessees. The others have defaulted from paying taxes. The government has released a list of income tax/corporate tax defaulters stating that the top 31 defaulters amount to Rs.1,500 crore dues. Every year, the government sets a tax collection target. However, the targets are hard to reach due to the growing number of tax evaders. Along with setting goals, the government has been framing schemes to realise them.

The Economic Survey for the financial year 2018-19 recommended the idea of rewarding the top 10 highest taxpayers by naming roads after them. Here is a list of ideas specified in the survey:

In addition, the government has also been planning to start an incentive programme after considering the rewards programmes from various countries. The underlying idea of this proposal is that ‘paying taxes is not just advantageous, but also honourable’. This, basically, increases the morale of honest taxpayers and encourages others to be punctual with tax payments as per the survey.

The recognition is not just based on the amount of tax paid, but it considers factors such as the regularity of tax payment, not being penalised/prosecuted, not being subject to search/investigation.

How can these methods be applied?

Apart from the ideas to push the tax revenue and building a sense of responsibility towards tax payment, the following methods might be implemented to confirm tax payments:

Previously, the government had implemented the Service Tax VCES as an effort to raise the tax revenue. In the Finance Bill 2013, the government introduced a scheme to allow taxpayers, who had defaulted their past service tax payments, to voluntarily comply with the service tax regulations. The scheme provided an opportunity for individuals and companies to declare their past tax dues.

The government has come up with a number of effective schemes to nudge tax revenues in the past. On the same lines, the government has been doing constant brainstorming to bring in new ideas year-on-year. Instead of only ideating the plan on how tax revenue can be raised, it is more important to create a delicate framework for practical and realistic plans to conquer these ideations. 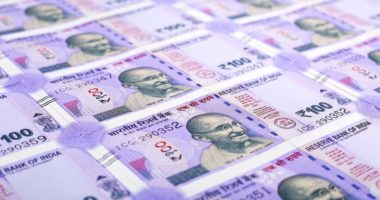