Home How Does the G7 Corporate Tax Deal Impact India?

How Does the G7 Corporate Tax Deal Impact India?

The G7 signed a historic corporate tax agreement last Saturday with regard to the taxation of multinational companies by agreeing to a minimum global tax rate. The G7 is an organisation consisting of seven of the world’s largest economies. It includes the US, the UK, Canada, France, Germany, Japan and Italy.

What was decided upon at the G7 meet?

There were two major decisions agreed upon with regard to the corporate tax deal, which was introduced to tighten tax loopholes used by multinational companies (MNCs). The first decision was to enable a country to tax the profits earned by the MNC based on the revenues generated in the said country rather than the country where the MNC is located. In other words, the decision results in the MNC being taxed where they operate.

The second decision taken was the introduction of a global minimum corporate tax rate of 15%. The agreement proposed at the G7 meet will be further discussed in detail at the G20 meet in July between Central Bank governors and finance ministers.

“We commit to reaching an equitable solution on the allocation of taxing rights, with market countries awarded taxing rights on at least 20% of profit exceeding a 10% margin for the largest and most profitable multinational enterprises.”, said a report by the G7 Finance Ministers and Central Bank Governors Communiqué. “We also commit to a global minimum tax of at least 15% on a country by country basis. We agree on the importance of progressing agreement in parallel on both pillars and look forward to reaching an agreement at the July meeting of G20 Finance Ministers and Central Bank Governors.”, the report further stated.

Which are some of the companies that would get impacted by this deal?

A report released last November by the Tax Justice Network stated that the US alone loses about $50 billion in tax revenues each year. India loses over $10 billion, and Germany loses over $24 billion due to tax cheats.

How will this global corporate tax deal impact countries and India specifically?

The corporate tax deal will definitely boost tax revenues for the US and western European nations. However, it could be resisted by countries such as Luxembourg, Hungary, Ireland, Cyprus, and the Caribbean nations, attracting multinationals so far with their low tax rates.

India, however, should not be affected by the global minimum tax rate considering our corporate tax rates stand higher at 22%. India had reduced its corporate tax rates in 2019 from 30% to 22%. Existing domestic companies had to adhere to certain specified conditions, including the condition that they do not avail of any deductions or specified incentives. Besides, existing domestic companies who opt for the concessional tax rates are not required to pay a Minimum Alternate Tax (MAT).

India had also lowered tax rates in 2019 for new domestic manufacturing companies to 15% from 25%. This rate meets the minimum global tax rate as well. India also attracts foreign investments due to the large domestic market available, low-cost labour and its strategic location for exports.

Would other nations agree to the G7 deal?

The G7 agreement could have weightage in G20 discussions. However, this global tax deal could be met with a lot of resistance from countries having lower tax rates, and it could be challenging to reach a consensus. The deal also infringes upon the right of a particular nation to decide upon its tax policy. Experts also argue that the imposition of a minimum global corporate tax rate does not do much to combat tax evasion. 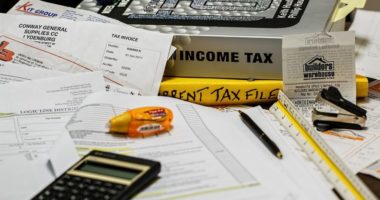