When Aadhaar and the mobile number was asked to be linked to the bank account, there were debates and discussions going on opposing the move; stating it infringes the privacy of individuals. The government had to go a long way in explaining how those assumptions were not right.

The government explained that when a bank account is linked to Aadhaar, the details of all the bank transactions remained only with the bank; similar to how things worked during the pre-Aadhaar period. The bank transaction details do not reflect in the Aadhaar database.

Privacy-related debates rise as the proposal to link Aadhaar to a social media account has been made. However, the individuals’ data will not remain only in the Aadhaar registry, in this case.

The very purpose of this proposal is making Aadhaar details accessible to social media firms. So, whenever there is a slightest of criticism made on the government on social media, the firm will be able to track down the person who made the criticism.

If such a mechanism can be activated, our country can no longer be called a democracy. Not even the Supreme Court is keen on bringing in such a setup.

As everything has a good and bad side to it, you can figure out a good side to the Aadhaar-social media linking. Say, a video is circulated that is intended to infuriate the communal tolerance, the social media firm can trace down the creator of such a post and punish him.

The government can, then, question the person and warn him; preventing future cases. His social media account can be barred as a warning, as well. This could be effective in preventing the spread of fake news, pornography, and anti-national content.

Facebook has expressed its resistance to Aadhaar-social media linking; says it is an act of privacy violation of the users. It has also stated that the 12-digit UIADI number cannot be linked to WhatsApp as it is end-to-end encrypted. Facebook has requested to take the appeal to the Supreme Court with the interest of justice since different high courts have conflicting opinions on the issue.

If such linking is made mandatory, people may have to think twice before posting anything on their social media accounts; may get cautious about what is considered defamatory and what not. This may lead to a reduction in social media usage, thereafter. Isn’t it better to stay on our guards and mind the content we post rather than having our privacy breached officially?

A significant CBIC announcement was made on 9 October 2019. The notification… 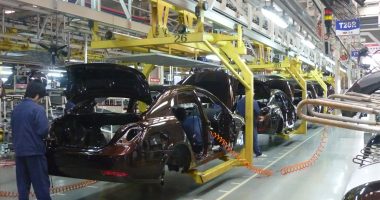 Are you planning to buy a two-wheeler or a four-wheeler? Though you…