Trading commenced for the final week with gold price in India holding firm at Rs 34,980 per 10 grams on 29 July 2019. Market participants anticipated the interest rate to drop by at least a 25 basis points ahead of the two-day US Federal Reserve monetary policy review.

Furthermore, demand for the metal was restricted by the well-performing US dollar, which rose to a two-month high against other major currencies at the international level.

On 30 July 2019, India witnessed an increase of Rs 40 per 10 grams in gold rates as investors hedged on the bullion despite the strong US greenback.

According to analysts, an interest rate cut by the US central bank could boost the appeal of gold – a non-interest yielding asset – in the market. Gold was recorded trading at Rs 35,020 per 10 grams when trading commenced for the day.

With market participants and investors equally focussed on the US Fed meet, safe-haven demand for the bullion surged towards the end of the month.

The two-day US Federal Reserve monetary review concluded, delivering an expected 25-basis-point interest rate cut. Though the US dollar index rose to a two-year high against a basket of other major currencies, demand for the yellow metal surged.

When trading concluded for the month, gold price in India was recorded holding at Rs 35,050 per 10 grams on 31 July 2019, thanks to strong global demand amid positive market cues.

For the first in more than a decade, the US Central Bank has delivered a 25 basis point cut in interest rate. The bullion trade in India has witnessed a significant rise in prices, almost up to 12%, during the very same year.

In addition to the interest rate cuts by the various major central banks, the Brexit negotiations coupled with the poor Sino-US trade negotiations during the year has led to a bullish market.

The week commenced with the gold rate in India holding at Rs.38,300…

When trading opened for the week, 24K gold rate in India was… 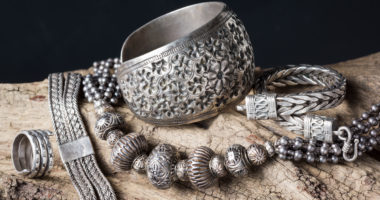 In the global market, many events have been directly and indirectly affecting…