Home Repo Rate Slashed Fifth Time in a Row; Now at 5.15 per cent

Repo Rate Slashed Fifth Time in a Row; Now at 5.15 per cent

The Reserve Bank of India (RBI) announced a short-term lending rate cut by 25 basis points on Friday, the 4th of October 2019. The new repo rate of 5.15 per cent is notified in the RBI’s bi-monthly policy review done by the six-member Monetary Policy Committee (MPC). 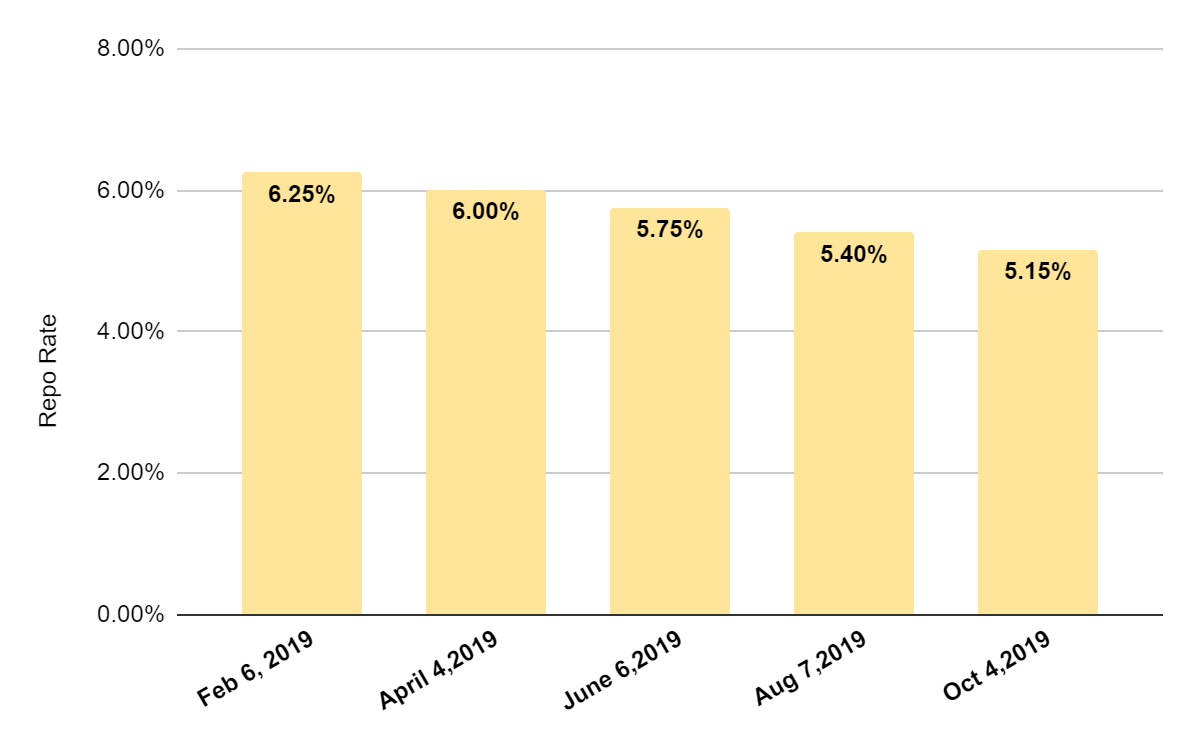 The MPC has decided to go ahead with the ‘accommodative’ stance as long as it is important to revive the growth and ensure that inflation remains within the set targets. Apparently, the decisions have been taken to achieve the medium-term target of a consumer price index (CPI) inflation of 4 per cent while boosting the economy.

It is expected that the benefit of the repo rate cut will be passed on to the consumers by the banks. The interest rates on home, auto, personal, and other loans may reduce, resulting in lower EMIs.

From the 1st of October 2019, it was mandatory for all the banks to link their loan products to an external benchmark such as the repo rate. It leads to the quick transmission of the rate cut benefit to the consumers.

The next meeting of the committee will be scheduled during the first week of December this year.