Last week, the Goods and Services Tax Network (GSTN) introduced a new validation on the GST portal in the filing of Form GSTR-6 by the Input Service Distributors (ISD). As per the change, all the input service distributors can now adjust a negative Input Tax Credit (ITC) under any major heads while distributing it to its units.

The CBIC released its CBIC-NACIN weekly update dated 2nd May 2020. As per the update, an ISD credit or debit note (CDN) can be reported as a negative figure under any major head such as CGST, SGST or IGST.

A CDN was earlier allowed to be only adjusted with the invoice amount for ITC distribution. A CDN could never be allocated as a standalone figure to a unit and had to be moved to the next period. Such an adjustment never allowed an ISD to charge a negative ITC figure to its units when there was no ITC figure available for distribution/allocation in that month. The situation arose during a month when the amount in credit note exceeded the amount of ITC available for distribution or the amount in the debit note.

For instance, if no ITC had accrued under one head, e.g. IGST in a given month for distribution but ITC reversal was required under the same head. Also, there can be cases where no inward supplies are present under one head. Still, the distribution of credit note(s) under that head is required for any past supplies. In both the above cases, the ISD will be able to adjust negative ITC while distributing credit through Form GSTR-6.

A second table to Table 4 has been inserted on the filing facility known as the ‘Reconciliation of the credit distributed’ which shows that a negative figure is allowed for reporting, as follows: 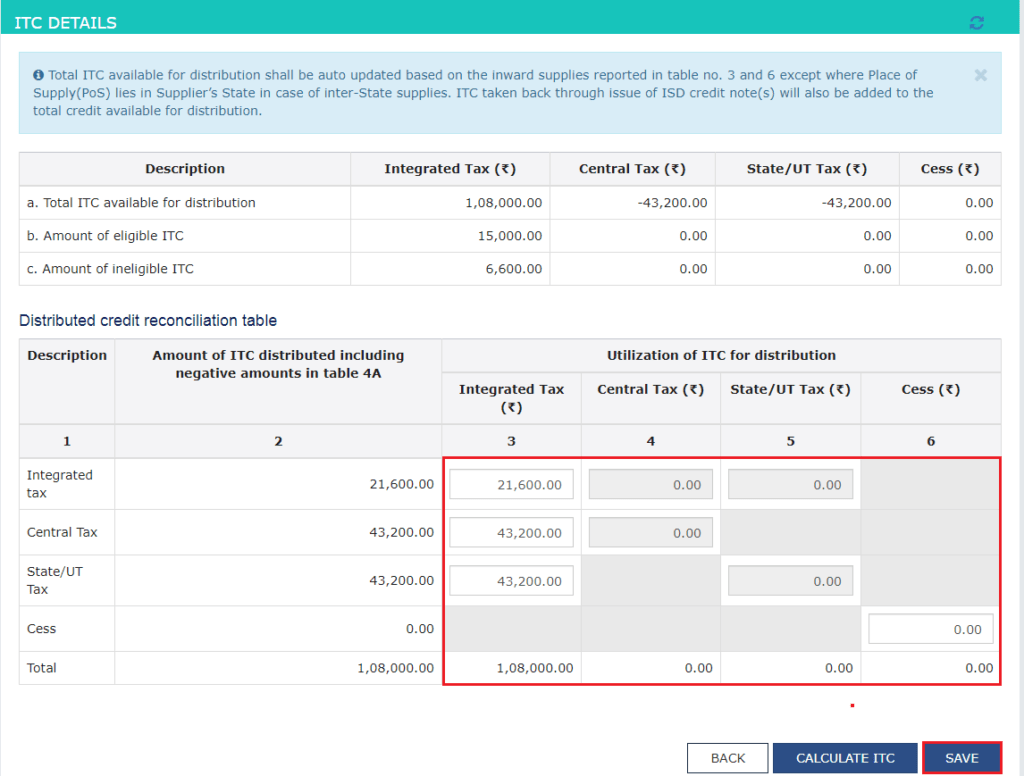 Further, tables 5 and 8 have also been changed after the introduction of the reconciliation table in Table 4, as follows: 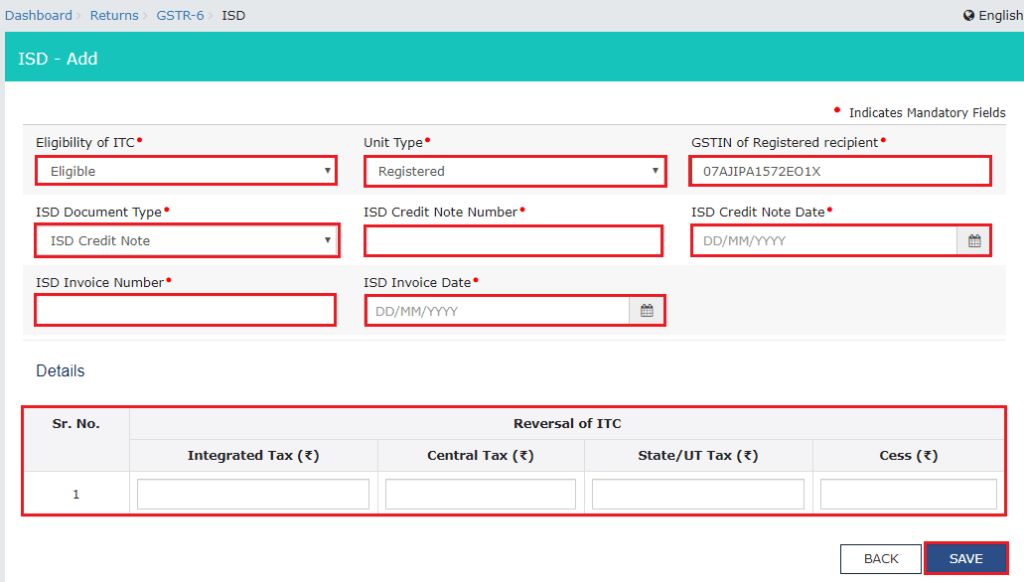 The CGST rules require that the ISD pass on the IGST tax credit as IGST itself in case of intra-state distribution (where both the ISD and its unit lie in the same state/UT). A similar rule applies to CGST and SGST credit for distribution within the state/UT. The issue surrounds the distribution of the CGST/SGST credit as IGST credit when the unit is situated outside the state/UT of the corporate head office/ISD. There is a need to convert and distribute ITC of CGST or SGST as IGST only in such cases.

Several tax professionals handling ISD clients claim an issue while inputting values in CGST and SGST in column 3 under the table- ‘Utilisation of ITC for distribution’. It is noticed that the GST portal does not accept decimal figures of the CGST and SGST amounts. Due to the glitch, the values do not tally with the column 2 figure of ‘Amount of ITC distributed, including negative amounts in table 4A’. They will ultimately have to make adjustments to the ITC distributed, thus, not giving a correct picture. The same needs to be fixed at the earliest.

Presently, the CGST rules provide that an ISD can reduce the amount of ITC on account of issuance of a credit note by the supplier to the ISD. The proportion of such reduction shall remain the same as the annual turnover ratio followed for the original invoice.

Such an adjustment is necessary to be done in the month in which the credit note is issued and is not allowed to be deferred, irrespective of whether or not there is a positive value available for adjustment. The rules further state if the credit note value to be adjusted exceeds the ITC to be distributed in a month, then the ISD must add such excess amount as the output tax liability of the units. The same rule applies in a scenario where the credits were distributed wrongly in excess to any unit and the unit in turn issues an ISD credit note.