Home GST Applies on the Sale of Developed Plots of Land: Gujarat AAR

GST Applies on the Sale of Developed Plots of Land: Gujarat AAR

The Gujarat Authority for Advance Rulings has directed that sale of land with primary amenities such as waterline, drainage, and electricity by the real estate developer will attract the levy of GST.

With this ruling, AAR has asserted that the sale of ‘developed plots’ is not equivalent to ‘sale of land’. Shree Dipesh Anil Kumar Naik had moved the Gujarat AAR to figure out if GST applies on the sale of a plot of land on which primary amenities had been provided as per the approval conditions of the Zilla Panchayat. The facilities include water, electricity, drainage and land levelling.

Naik owns vacant land, which he planned to divide into smaller parcels and sell these to different buyers. These would be without any construction but would include primary amenities that are mandatory for passing authority to approve the plan.

According to the AAR, only if the transaction deals entirely with the transfer of title or ownership of land, being an immovable property, such transaction will not come under GST’s net. The nature of the agreement between the parties is relevant here. Where the nature of the activity is only selling of immovable property, it is excluded from the GST levy. The authority also noted that the development of the plot is a scheme involving the development of a land layout after obtaining the necessary approval from the development authority and subsequent sale of those sites.

It further stated that the sellers charge the prices on the super built-up basis and not the plot’s total measured area. The super built-up area proportionately comprises of the area used for specific services, highways, water tank, and other facilities. The above indicates that selling a developed plot is not equal to selling land, but is a separate transaction. Sale of such development plots would be classified as the supply of services.

Several tax experts opinionated to the CNBC TV-18 and the GSTIndiaPro publication that the general practice is not to pay GST on such transactions which treat the same thing as land sales. This decision would surprise many developers, and they would now have to rethink their tax position. An alternative tax-efficient model is suggested for such transactions to free it from unnecessary litigation.

GST is not charged on land sold since it is neither considered as the supply of goods nor services according to the Schedule III of the CGST Act, 2017. The land is identified as immovable property and hence does not attract GST. Land transactions attract only stamp duty which is payable on purchases of land. It must be noted that advance rulings bind only the applicant who sought for such advance ruling. However, similar activities carried out by other businesses can get an idea about how their transactions are treated under GST. 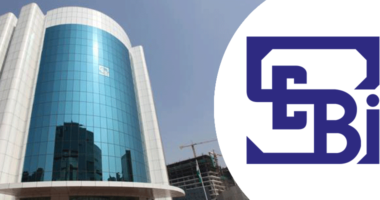 SEBI, the capital markets regulator, is looking to fortify its analytical arm.…