The CBIC has issued a new circular to clarify the applicability of GST for all the supplies made by  Residential Welfare Associations (RWA) across India. According to the circular number 109/28/2019 dated 22 July 2019, five issues now stand resolved.

At present, an RWA (non-profit entity not being an incorporated body) provides several kinds of services to its resident members. These mostly include security, house-keeping of common areas, provision for gym/clubhouse services, maintenance of water pumps and sumps, purchase and maintenance of furniture for lawn or lobby area, purchase and repairs of taps, pipes, and other sanitary/hardware fittings.

Further, this exemption still applies to an RWA even if its annual turnover exceeds Rs 20 lakh. Whereas, if the RWA has a yearly turnover below the limit of Rs 20 lakh for GST registration, it need not charge and collect GST.

So, GST does not apply in such case, even if the monthly maintenance charges cross the mark of Rs 7,500 per residence.

It has also been stated in the circular that the tax should be calculated on the entire amount of maintenance charges and not on the amount exceeding Rs 7,500.

Additionally, it is clarified that the associations can claim an input tax credit on the amount of GST paid on its purchases. These cover asset like a lawnmower, input materials such as those used for repairs to generator and input services from a gym trainer in the society.

Hence, while completing the GST audit for the FY 2017-18, the limit for deciding the applicability of tax on maintenance charges is as follows:

Ideally, the RWA collecting GST must issue a GST invoice to its members, giving the bifurcation of GST charged along with GSTIN. A member can always press the association to issue a compliant invoice as proof of depositing the GST portion with the government.

Also, there have been previous instances where RWA had to pull out amounts from its sinking fund to discharge the GST liability. Members were being reluctant to pay the tax portion on maintenance charges. Strict penalties in GST law for non-discharge of liability by members should be able to aid GST compliance in this sector. 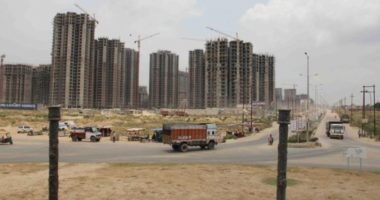