Home Budgeting GST in the eve of Union Budget 2019

Budgeting GST in the eve of Union Budget 2019

FM Nirmala Sitharaman will present the Union Budget 2019 in a few hours and will be announcing some substantial reforms to boost the economic growth of India, similar to Goods and Services Tax (GST) in the past. GST is undoubtedly one of the highly ambitious structural reform by the government in recent times.

Even though in its budding stage, it has broad macroeconomic implications as well. The GST collections are yet to stabilise. The Economic Survey 2018-19 cites that the provisional actuals of gross tax revenue comprise GST to the extent of 28% lower when compared to the budgeted estimates of 33% of gross tax revenue.

In addition to this, the current global slowdown has just amplified the necessity for strengthening India’s economy.

Several revisions have been carried out by the GST Council during the past two years such as rate rationalisation, changes in GST registration threshold limits and exemptions as it continues to evolve.

The survey 2018-19 pointed out that the GST revenue as a percentage of GDP for 2018-19 is reckoned to be 3.06%, which is marginally higher by seven basis points in comparison to last year figure.

For the coming year, a change in the GST returns filing system from the present GSTR-1/3B to new simplified GST returns could have some negating effects on the Budget estimate revenue collection from GST.

While the previous Budgets before 2018, were exclusively addressing the indirect tax-related concerns of various industries, the present and future Union Budgets will no longer cover GST in its agenda, barring the changes to customs law that have a significant impact on the country’s foreign exchange earnings.

To cater to GST, a dedicated GST Council has been meeting at regular intervals to monitor the system and its smooth implementation. The most recent council meeting was held just a week before the Union Budget 2019.

Further, automation of the entire GST processing system is the dream of tomorrow’s progressive India. The survey 2018-19 refers to some behavioural principles to enhance tax compliance that emphasises on the need for automation through its quote: ‘automated tax collection can make people pay less attention to tax collected’.

The ‘digitisation’ was one of the nine priorities announced at the preceding Interim Budget 2019 presented on 1st February 2019. The Union Budget 2019 may have some more policies aligned to the same.

It has been observant that most of the GST revenue comes from the large taxpayers accounting for less than a meagre 10% of total taxpayers registered. Hence, the tax compliance may be further eased for small taxpayers through a suitable allocation of funds for technological improvements and digitisation such as e-invoicing over the next few years.

If not directly, yet many industries hope for some GST-focused goodie being announced at the Budget 2019. Of the lot, the primary item being the imposition of GST rate on petroleum products.

The petroleum and natural gas sector currently suffer from the cascading effect of multiple taxes levied separately by State and Centre. A proposal to exempt petrol and natural gas from GST is on the cards.

Some of the other sectors that are betting on the Union Budget 2019 for GST changes are the start-up retail sector, army and luxury car manufacturer who are demanding a reduction in GST rates.

Therefore, a balance in the GST revenue collection between Centre and States will be the critical factor for an optimal resource positioning for the State and the Centre.

Post the conclusion of the Union Budget 2019; the Fifteenth Finance Commission will present its report for the next five years starting April 2020.

Its recommendation, particularly on the tax devolution, will have implications for Central Government finances. 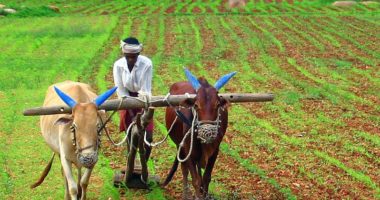