BharatPe has recently announced that it will disburse loans of more than Rs 70 crores this year. In July, small and medium-sized retailers have already availed over Rs 7 crore from the platform.

The CEO of the company, Ashneer Grover released a statement where he said that digital lending to small retailers did not exist earlier and BharatPe is trying to build an opportunity that will help more than 1 crore small and mid-sized shopkeepers grow in the next five years.

BharatPe conducted an offline model for its loan offering and gave out more than 700 loans worth over Rs 2.5 crore. The company already has a network, which exceeds 10 lakh retailers. These retailers have been receiving UPI payment support at 0% merchant discount rate (MDR) from BharatPe for the last 10 months, much before the government made such an announcement in the Budget.

Ashneer believes that 0% MDR was the only way to encourage digital payment and boost fintech in India. The loans are distributed without any collateral or security and the credit limit is decided as per the retailers’ transactions on the BharatPe QR. The rate of interest is kept at 1.67% per month, making it a suitable option for a shopkeeper in India.

The loan amount can vary between Rs 10,000 and Rs 100,000. BharatPe has also partnered with Apollo Finvest for this initiative. 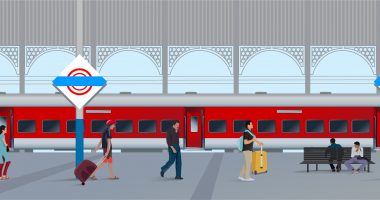 The Union Budget allocated Rs 65,837 crore for railways while the capital…